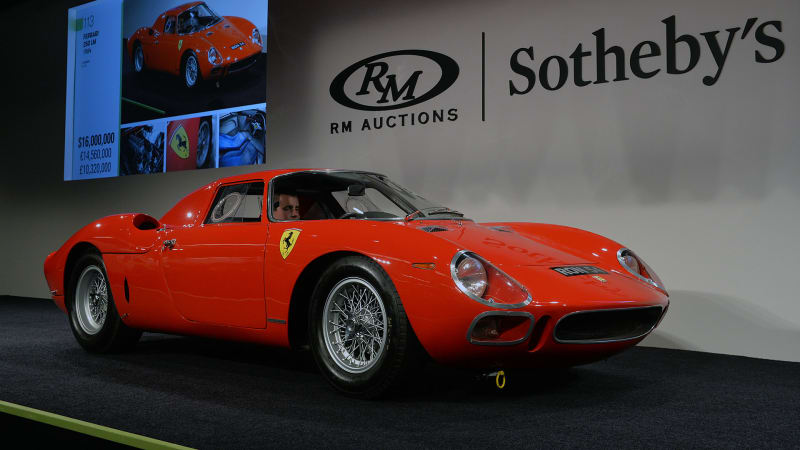 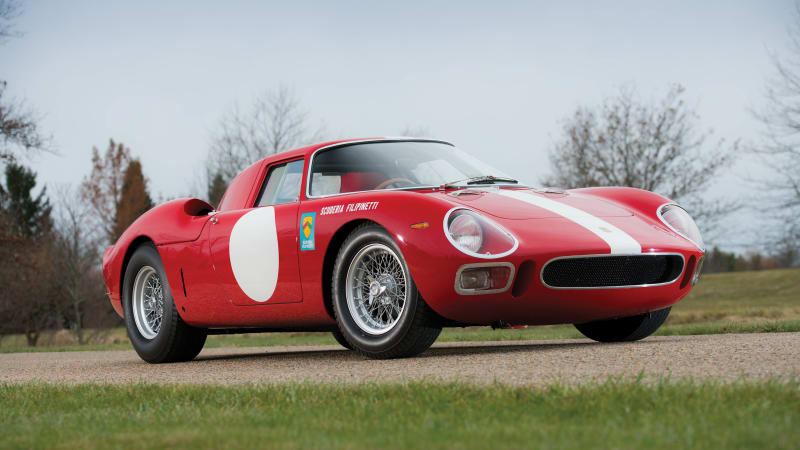 Classic car auctions take place in locations all around the world, from Monte Carlo and Maranello to Monterey and Manhattan. Or so you might think, but last week marked the first time a major classic car auction took place in the Big Apple in over a decade. And boy did it return with a bang.

The highlight of the auction was the 1964 Ferrari 250 LM we reported on just a few days ago ahead of the event, which sold for a massive $14.3 million. Not only did that come in near the top of its pre-sale estimate of $12-15 million, but it also set a new record for that model and wet down in history as the second most expensive Ferrari ever sold at auction (after the $17 million '57 Testa Rossa sold by Gooding & Company in 2011).

The story would end there following any other auction, but this event - held in conjunction with RM Auctions at Sotheby's headquarters in New York - brought in a whopping $62,797,500 in sales after 93 percent of all lots sold. After the 250 LM, the next most notable set of wheels belonged to the one-of-a-kind 1938 Talbot-Lago T150-C SS Teardrop Cabriolet pictured above. The only surviving convertible version of an iconic art deco car of which only 20 coupes were made, this unspeakably gorgeous classic sold for an impressive $7,150,000.

UPDATE: The 250 LM is the third most expensive Ferrari ever sold at auction, after the aforementioned $17 million 250 Testa Rossa and the 1967 275 GTB/4 NART Spyder that sold at Pebble Beach for $27.5 million which we neglected to take into account. (Of course auction standings exclude private treaty sales like the $52 million 250 GTO.) We've also included a video summary of the auction event below for your viewing pleasure.

If you're one of the very fortunate souls that has $12 to $15 million burning a very large hole in your pocket, we've found the perfect way to liberate yourself from the burden of so much money - buy this Ferrari, which is being put up for auction. It's a supremely rare Ferrari 250 LM, the 24th member of a 32-car run, that rolled off the assembly line on what we imagine was a brilliant, sunny Italian summer's day in July of 1964.

Officially known as Chassis 6107, this 250 LM is rare because unlike its brothers, it wasn't originally bought to be a race car. Its first owner used it more or less as a toy, both around town and on the infamous Mulholland Drive, in California. After a pair of owners, it found its way into the hands of an Ecuadorian pair, who kicked off its racing career. Its best result was at the 1968 24 Hours of Daytona, where it finished eighth overall and first in class, although subsequent runs at Daytona and Sebring were less successful. Its most recent owner was a Japanese collector, who purchased the car in 1983 and has had it on display ever since.

The car has been, according to the press release, "gently freshened," and shows just 10,000 miles on a numbers-matching powertrain. It's this originality that separates this 250 LM from the other, hardened racers that made up the 32 original cars. It doesn't have quite the provenance or rarity of a certain Ferrari 250 GTB/4 NART Spider, but its status as a competitor from the glory days of road racing and it's achingly handsome sheetmetal make this a rare car in its own right.

Interested buyers should make their way to RM Auctions' New York event, set to kick off on November 21. This rare 250 LM will be lot number 141, and will be sold on the first day of the show. Take a look below for a detailed press release on Chassis 6107's history, and be sure to check out the gallery of the rare racer up top.