Collector car insurance company Hagerty estimates that $1.3 billion in classic vehicles crossed the auction block in 2014 in North America, up slightly from 1.2 billion in 2013. About a third of that was just during the Monterey Car Week.

Continue reading $1.3B worth of classic cars were auctioned in 2014 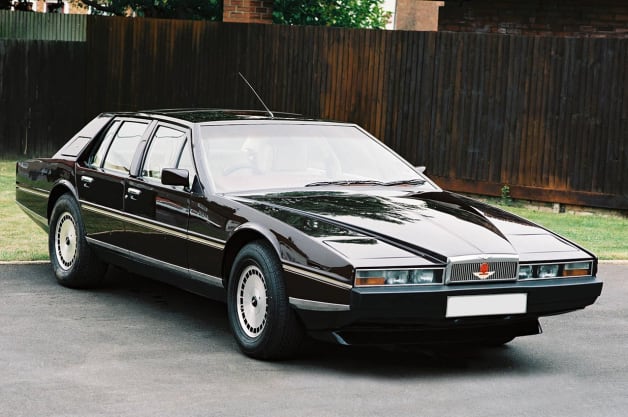 Aston Martin has a reputation for crafting some of the world's finest luxury GTs, and with a little help from James Bond, it has also become a quintessential British brand. While the company's models are known for combining speed and luxury, they certainly aren't recognized for being inexpensive. However, there might be a way to get the Aston badge and potentially make a little extra money if you ever decide to divest. Bloomberg suggests looking outside the mainstream by taking a closer look at the original wedge-shaped Lagonda (above).

First shown in the mid '70s, the Lagonda looks like nothing else on the road before or since. Early models feature pop-up headlights and styling so sharp the sedan appears to be slicing through the air, even while sitting still. Later revisions softened the design slightly, and even Aston Martin's modern reinterpretation (inset) doesn't go as far as its predecessor. The interior is what really makes the Lagonda famous (or infamous), though. With instruments displayed on LEDs or CRT screens, depending on model, it's like the science fiction in there. Power is provided by a 5.3-liter V8 quoted at around 280 horsepower, according to Aston Martin.

Unfortunately, the Lagonda's avant-garde styling and reputation for unreliability hasn't garnered much love for the super saloon over the years. Aston Martin only made 645 of them by the time production ended in 1989. The tide appears to be turning, though, and the sedan's value is rising strongly. According to Bloomberg, citing Hagerty, prices currently average about $44,000, up 61 percent since 2010, and the later, somewhat more reliable examples are up 85 percent. Perhaps those values are soaring because those lining up for the new Lagonda (a.k.a. Taraf) are looking for a historical counterpart to display alongside their next car.

Head over to Bloomberg to get the full story on why it might be time to reconsider these once unloved four-door Astons.

Why you should run out and buy a vintage Aston Martin Lagonda right now originally appeared on Autoblog on Tue, 18 Nov 2014 19:02:00 EST. Please see our terms for use of feeds.