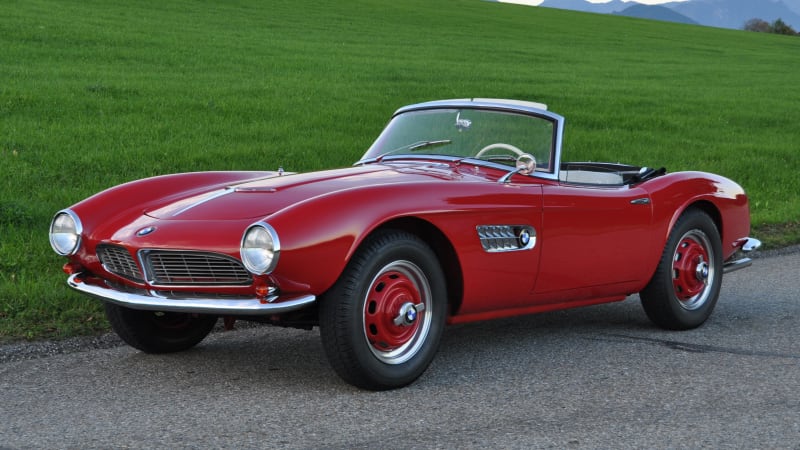 The same designer worked on the Datsun 240Z 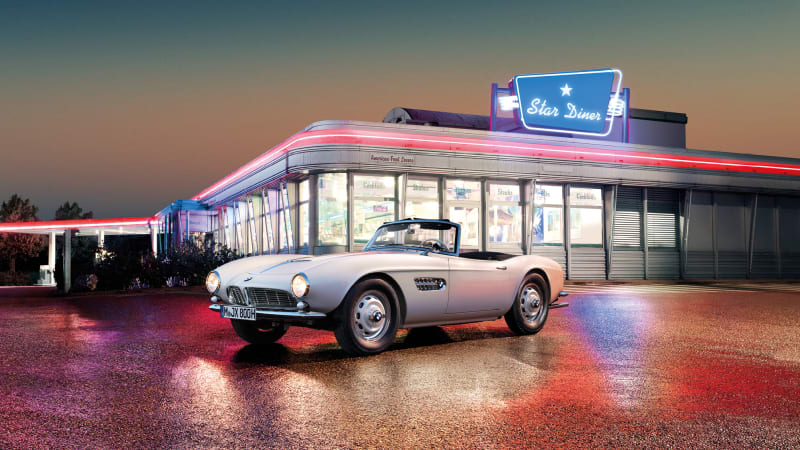 Now, this Bimmer is truly fit for The King. 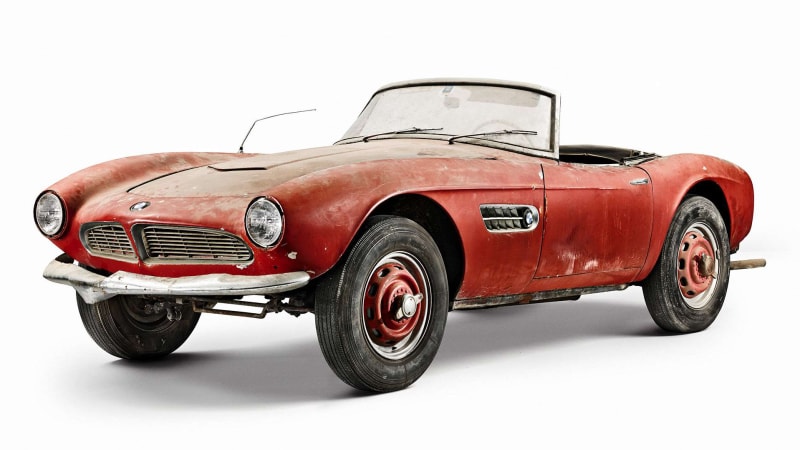 It will be shown at the Pebble Beach Concours in August. 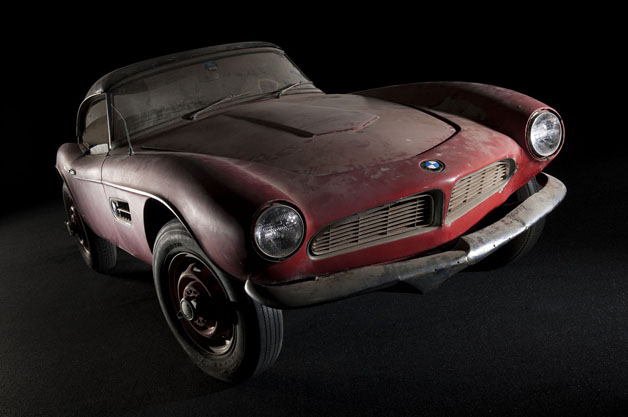 Imagine the King of Rock n' Roll driving a car and you'll likely picture a pink Cadillac or a yellow De Tomaso shot full of holes. But Elvis also owned a 1957 BMW 507 roadster, and now that roadster is returning home to BMW headquarters.

The 507 was a rare bird, of which only 254 examples were ever made. They were sold mostly to celebrities and royalty, but Elvis Presley was a GI when he bought it while stationed in Germany. The example that he bought had been displayed at the Frankfurt Motor Show, used as a press car and raced by Hans Stuck (which is how Elvis came to see it in the first place), so when he took delivery of it second-hand, the dealership had a new engine installed. It was originally white, but legend has it that Elvis got tired of women writing their phone numbers on the side of it in lipstick that he had it repainted in red.

Stories differ on what exactly happened to it next, with some saying that he returned it once the lease was up and other saying that the army shipped it back to him in the States after his tour was over. But what we do know is that the car sat for many years, neglected but sheltered from the elements. Now it's heading to the the BMW Museum in Munich, where it will be on display until August 10, after which the BMW Group Classic department will undertake a comprehensive restoration of the star-studded roadster that's expected to take two years of work.

Read more in the Google-translated press release below and scope out the pre-restoration photos in the gallery above. For more information on the 507 model, feel free to watch the video we embedded with the press release.

Today BMW is a top player in the luxury vehicle market, but it wasn't always so. With origins as an airplane engine builder early in the 20th Century, it broke into the automotive industry when it bought Automobilwerk Eisenach in 1928. That German manufacturer was licensed to build the Austin Seven under the name Dixi DA-1, which could be had in a roadster body style. In 1929, BMW dropped the Dixi name, and by 1936, it was building a car it designed in-house, the 326 sedan. That was followed by the company's first roadster of its own design, the swoopy two-door 327 of 1937.

XCAR picks up there, and gives a history of BMW's iconic roadsters starting with the 327, ending with today's Z4, and covering everything in between - including the beautiful post-war 507 of 1957 and the funky, plastic-bodied 1989 Z1.

The video, which we've included below, is a good history lesson and a great chance to see a bunch of classic BMWs, spanning 84 years, all driven back to back within the safe confines of a racetrack. When you have a spare 20 minutes, go ahead and take some time to watch it.

Continue reading Looking back at 84 years of BMW roadsters