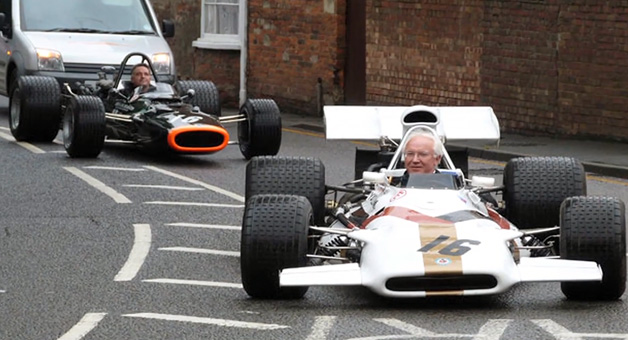 Generally, maintaining a piece of history is a difficult venture. It's made more difficult when the history in question is a rare, complex piece of machinery. So you can imagine the task set before Rick and Rob Hall, a father-and-son team that's taken it upon themselves to preserve the legacy of the legendary BRM Formula One team.

The two have sat down with XCAR to talk about how they became the stewards of the BRM legacy, as well as their involvement with other vintage Formula One cars. There's even some talk about their entertainment experience - the two were credited in Rush, while son Rob took part in the awesome Shell and Ferrari commercial from a few years back.

Take a look below to hear all about vintage F1 from the Halls and XCAR.