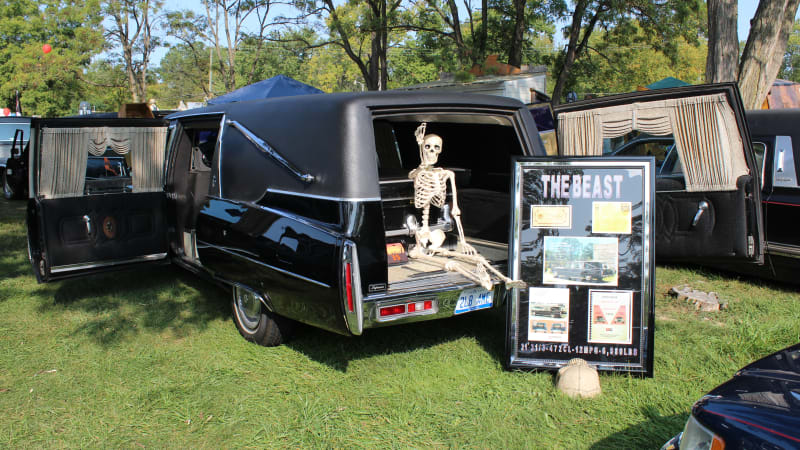 Get me the hell out of here.

After days of other activities, Sunday marked the start of the 2013 Pebble Beach Concours d'Elegance and the beginning of the end of the 2013 Monterey car week. Affectionately referred to as "Pebble," this coastal California concours event is one of the most prestigious in the world, and brings in exceptionally rare machinery each year. Besides the standardized categories, each year also brings with it a list of special ones, often honoring brands, models or segments that have contributed to automotive culture.

2013's honorees included Aston Martin, Lamborghini and the Porsche 911, all of which are celebrating major milestones, with the British brand is in the midst of its centennial year. Lamborghini and Porsche's 911, meanwhile, have both been celebrating fiftieth birthdays in 2013. Also being honored was one of the prettiest BMW models in history, the 507 roadster. Coachbuilders also got plenty of attention, with Lincoln and Vanvooren each getting their own category, in addition to the Simplex marque. Even the two-wheelers got some time in the spotlight, with motorcycles from France getting their own category for this year's show.

As we reported yesterday, a 1934 Packard 1108 Twelve Dietrich Convertible Victoria took Best In Show. We have an expansive gallery from yesterday's event featuring some of the best examples of the most beautiful cars ever made. Be sure to click above for the full gallery.

One might reasonably assume that people who work in automotive design or engineering are automatically car guys and gals, but in our experience, that isn't always the case. The best way to tell isn't by looking at what they are working on - it's by looking at what they have parked in their own garages. And judging by Ford's annual internal Product Development Center Employee Truck & Car Show in Dearborn, the Blue Oval isn't just overrun with serious car nuts; the company's ranks not only have lots of respect for the fast and beautiful, they have a surprisingly deep appreciation for the off-the-wall, the misunderstood, the maligned and the orphaned.

While technically open to the entire company, Ford officials tell us this annual PDC show is primarily composed of designers' and engineers' vehicles, both present and retired. As one might reasonably expect, this year's crop of about 400 cars included a superabundance of Mustang models, but the thing that surprised us about the show was the sheer variety of vehicles displayed - both in era and manufacturer. Ford as a company was obviously well represented, but employees clearly maintain a love for all marques from all countries. Plenty of General Motors and Chrysler cars were parked on the lawn, along with small-volume oddities from companies like DKW, Citroën, Lancia, Triumph and so on. There were even a few bikes and farm implements on display. Condition ran the gamut, from low-mileage timewarp cars to rough and ready daily drivers, and we saw everything from barn finds to drag cars, hot rods and off-road rigs.

Friday's event was the show's 12th annual installment, and this year's featured class centered on station wagons, of which about 50 were included. Everything from real classic woody wagons to humdrum 1980s kinshleppers, disco-era barges and shooting brakes made the scene.

What were we most impressed by? An absence of trailers. While there were a few lurking around the show's periphery, it looked like the handful of vehicles that arrived on them weren't street legal. The vast majority of the cars and trucks on display weren't the sort of collectible that gets trailered to and from shows, only to be hermetically sealed and sparingly driven upon its return home. Owners told us over and over that they drove their cars to the show. That, as much as anything else we saw, is cause for celebration.

A look inside Ford's PDC employee-only car show originally appeared on Autoblog on Mon, 23 Jul 2012 14:57:00 EST. Please see our terms for use of feeds.