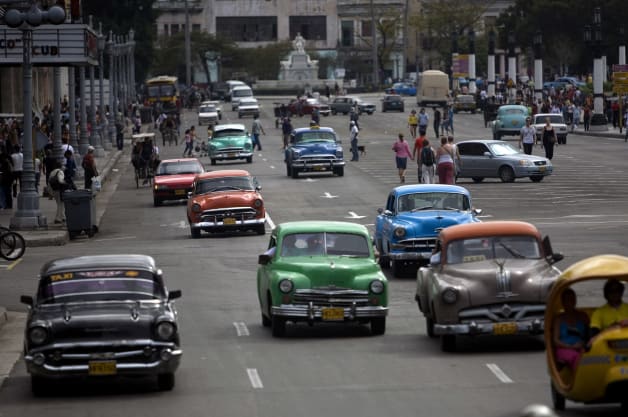 Cuban citizens will be able to freely buy new and used cars for the very first time since the island country converted to communism in 1959. Previously, citizens were only able to buy and sell cars without government approval if they were built before the revolution, which accounts for the spectacular array of vintage American metal on the island, according to a report by Automotive News.

But changes two years ago allowed newer models to be sold to individuals, provided they obtained approval from the country's communist government. The new regulations strip the approval process, though, as part of a push by the country's president, Raul Castro, to increase freedom for average citizens.

Castro, who took over for his ailing brother, Fidel, in 2008, has pushed for increased freedom and less government oversight in the country. Although the nation is opening up its automotive market, it may not be quite so affordable to all citizens - newer models may include a 100-percent tax, meant to fund Cuba's public transport system, according to the Communist Party's newspaper, Granma. Still, the move is likely to be good news for the growing number of private businesses in the country.