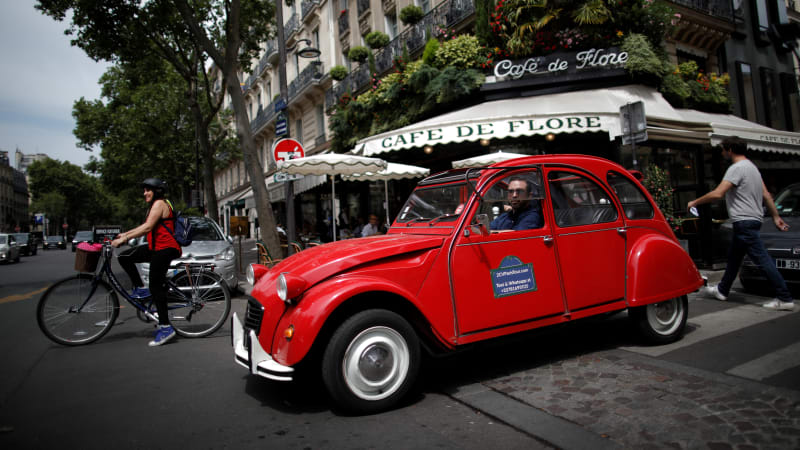 There's nothing Jean-Remi Galinon enjoys more than bouncing along cobbled streets and showing off Paris to foreign tourists, usually Americans, in his most iconic of French vintage cars. "They are in love with Paris ... (and) we're suffering the consequences (of the travel ban)." Tourism is part of the lifeblood of the city, one of the world's most visited, so for Galinon, Paris's springtime lockdown could hardly have been worse. 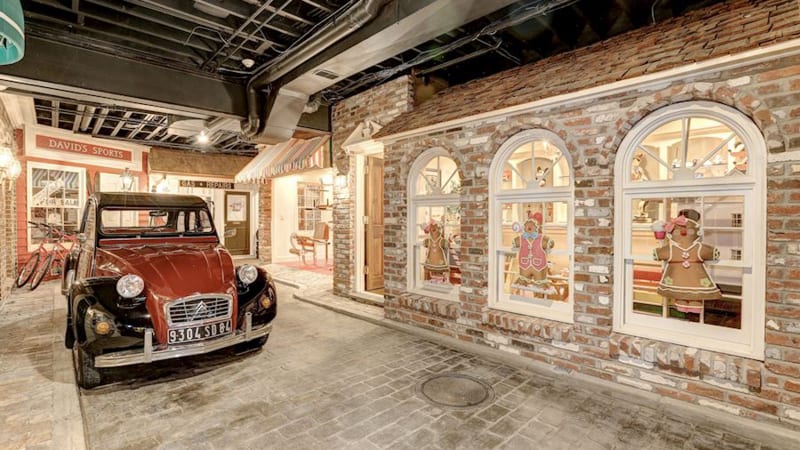 Continue reading $4.5M Maryland mansion has a brick street with classic cars in its basement

$4.5M Maryland mansion has a brick street with classic cars in its basement originally appeared on Autoblog on Sun, 31 May 2020 12:00:00 EDT. Please see our terms for use of feeds. 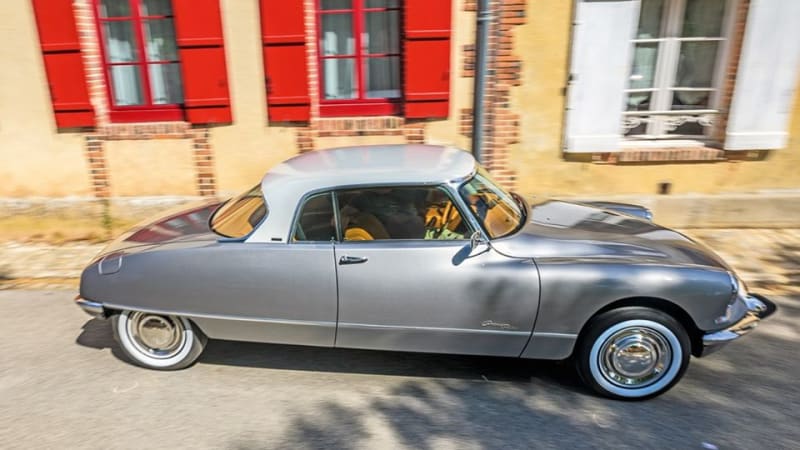 Coachbuilt Citroen DS Grand Palais is what the modern DS would like to be originally appeared on Autoblog on Sat, 18 Apr 2020 09:00:00 EDT. Please see our terms for use of feeds. 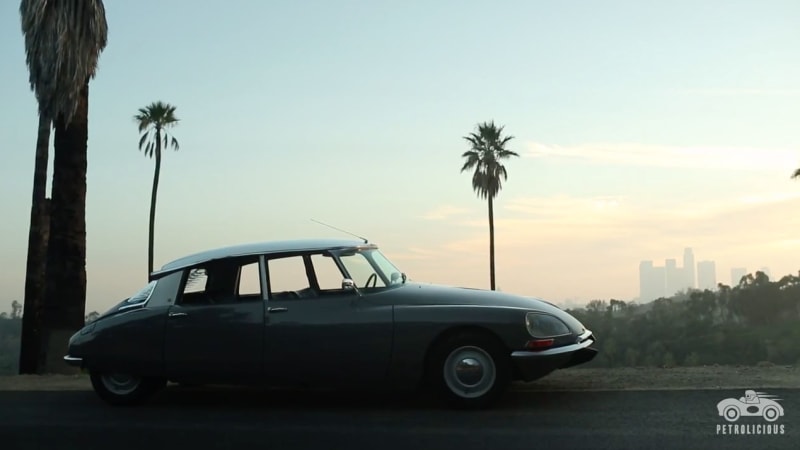 The Citroën DS seems to be a rising star in the collector car hobby, and Petrolicious takes a look at an owner in Los Angeles and his long searched for 1969.5 DS21.

The Citroën DS seems to be a rising star in the collector car hobby, and Petrolicious takes a look at an owner in Los Angeles and his long searched for 1969.5 DS21. 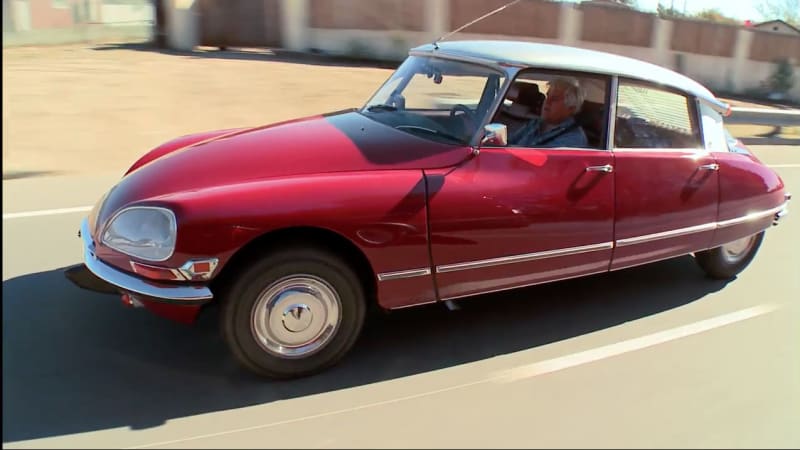 Jay Leno's Garage is at its best when Leno gets to be geeky about his love for vintage vehicles and present all kinds of facts, demonstrations and vintage videos to viewers. This week is a perfect example as Jay makes his argument why the Citroen DS is such a great - and important - vehicle. 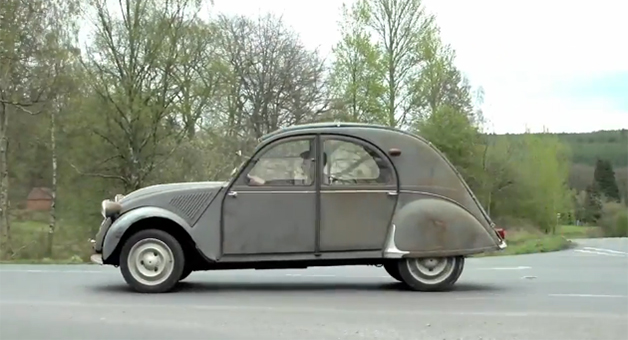 Most recently we've seen Chris Harris in the driver's seat of a Jaguar F-Type, a McLaren P1 prototype and a Mercedes-Benz C63 AMG. And outside the car, there was his indignation over the demonization of the Porsche Carrera GT after Paul Walker's death. So you might not expect him to say of a 1957 Citroën 2CV with all of 12 horsepower, "it's the antidote to all the modern stuff I drive."

That's only the beginning of the hosannas, Harris going on to call the runabout designed to carry two farmers and 50 kilograms of potatoes at 39 miles per hour "the most interesting car I have or ever will own." We could tell you why, but it sounds so much more distinguished when he does it. So you can watch him do so in the video below. Unsurprisingly, not a single drift was given that day. 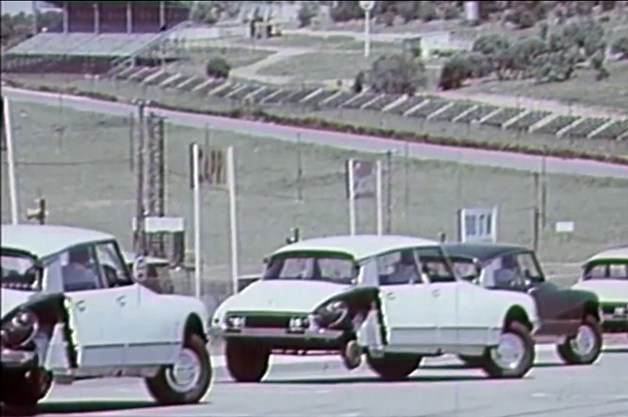 With models like the 2CV, DS and SM, Citroën established itself as a home for quirky styling and out-of-the-box engineering, and in many minds the brand defines the look of the classic French car. In a recent video, XCar ventures inside Citroën's secret warehouse outside of Paris where the brand keeps many of its rarest and most significant cars.

The collection includes the oldest DS in the world, which was never put on sale, and four incredibly rare, pre-World War II 2CVs. According to Denis Huille of Citroën Heritage, about 60 percent of the cars are in drivable condition.

Citroën is now starting to go through a stylistic reawakening. Concepts like the DS 5LS R, Wild Rubis and Numero 9 show off a brand that has a definite idea of how a car wearing its badge should look. Scroll down to take a tour through the company's history.

Visit this secret Citroën stash outside Paris with XCar originally appeared on Autoblog on Tue, 15 Apr 2014 20:02:00 EST. Please see our terms for use of feeds.

The early Porsche 911 and the Citroën DS were two cars produced in the same era (though the DS launched in 1955, nearly 10 years before the 911), but they were vastly different from each other. The 911 was a uniquely German, pure-bred sports car, while the French-built DS had four doors and focused more on ride quality than sporting intentions. That made it all the more surprising when we came across the 911DS, a creation that binds the rear half of the Citroën to the front of an early, longhood 911.

The folks at Brandpowder are behind the creation, which we surmise was an exercise in design rather than an actual, completed project (some of the images look Photoshopped), but it's compelling nonetheless, with a turbocharged flat-six providing 260 horsepower. We hope someone builds it - though we're sure if that happened the early 911 crowd would cry afoul at one of its increasingly rare and valuable Porsches being grafted onto an old French car.

But as Brandpowder points out lightheartedly, perhaps the creation could transcend popular car culture: "The 911DS represents the effort of two countries, a genuine attempt to join their energy and talent into one thing. We hope Germany and France will be inspired by Brandpowder's story, as a metaphor for a better and greater Europe."

Check out the photo gallery of the Porsche-Citroën creation, and tell us what you think of it in Comments.

Porsche 911 and Citroën DS lovechild would look like this originally appeared on Autoblog on Wed, 06 Nov 2013 16:40:00 EST. Please see our terms for use of feeds.

Take a look at the fastest Citroën ID19 (read: DS) you'll probably ever see: a 1964 model with a Chevrolet LS1 V8 swap that produces over 400 horsepower - a most unusual eBay find of the day. What's more is that this particular hot rod Citroën has been driven by rockstar Alice Cooper, who will apparently provide an autographed guitar and tour photo to the auction winner, along with two tickets to his Christmas Pudding show and the opportunity to play a round of golf with him in Arizona.

As far as we can tell from the eBay Motors ad, the Citroën doesn't actually belong to Alice Cooper, but who cares when it has a custom rear-wheel-drive chassis by Art Morrison and more than enough grunt to break the rear wheels loose on command? Finally, that beautifully sleek, aerodynamic shape can be put to use at over 100 miles per hour. But it wasn't always so, which is part of the charm of this custom build.

The Citroën DS was many things - ahead of its time, innovative, comfortable, complex - yet a hot rod it was not. It was known more for its power steering and plush ride quality courtesy of its self-leveling, height-adjustable suspension than for being able to take a corner at high speeds. It had front disc brakes, but more importantly, they were the first power-assisted disc brakes on a production car. The DS even was designed to house an air-cooled flat six more than a decade before Porsche 911 started production, but in the end, Citroën had to use its antiquated four-cylinder mill instead.

So when this example's owner claims to have spent over $300,000 on upgrades, we think the money was spent in the right places. The suspension is still adjustable, but it's been totally overhauled and tuned to handle the V8's power. A four-wheel disc-brake setup by Wilwood provides much-needed stopping power. A custom interior with air conditioning and a roll cage make sure occupants are both comfortable and protected. What more could you want - besides a lower price?

The Buy It Now price is set at $115,000, and a previous auction saw spirited big-dollar bidding that failed to hit the reserve. At time of this writing, however, there are zero bids, with a minimum starting bid of $50,000 and five days left before the auction closes. Happy bidding!