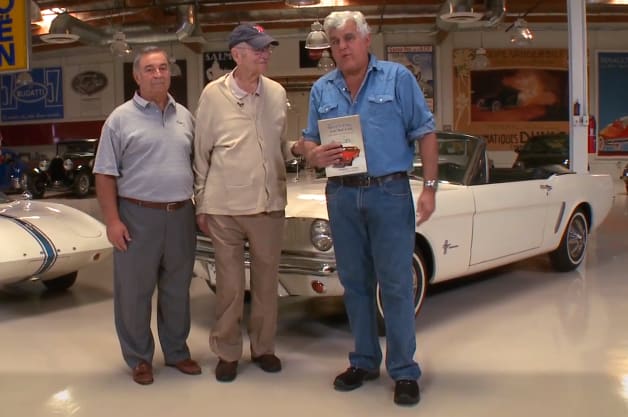 Lee Iacocca oversaw the birth of the Ford Mustang back in the 1960s, rocketing the new pony car nameplate into million-unit sales territory in its initial go-round and cementing its place in the history books. Thus, we were immediately drawn to this latest episode of Jay Leno's Garage, in which the funnyman hosts Iacocca for a look at the origins of Ford's most iconic sports car. The legendary auto exec is looking notably more frail than when we last saw him, but if we're being asked around as a video guest when we're 89 years old, we'll consider that evidence of a life well lived.

Serial No. 0001 is on hand for the occasion for Jay's romp through history, as is the historic Mustang 1 showcar from 1962. Of course, the all-new 2015 Ford Mustang GT (in prototype form) makes an appearance at the end of the episode with chief engineer Dave Pericak, as well. Get some, below.

Jay Leno and Lee Iacocca reflect on 50 years of Ford Mustang originally appeared on Autoblog on Mon, 30 Dec 2013 19:58:00 EST. Please see our terms for use of feeds.