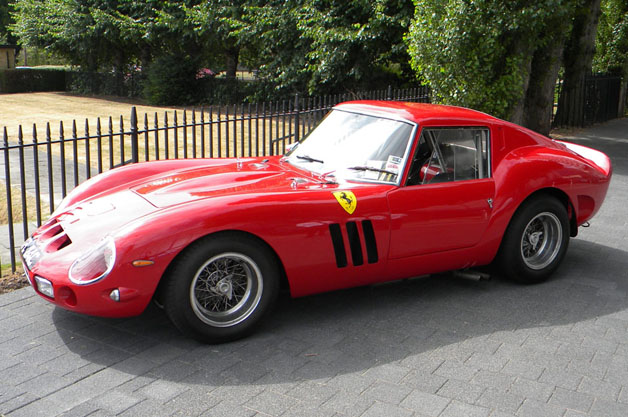 Remember that Ferrari 250 GTO that we reported on last week, supposedly listed on mobile.de for $64 million? Well, don't go putting down your deposit just yet, because it might be a fake.

According to noted Ferrari expert Marcel Massini, the vehicle listed on the German used-car website is a replica. "I can tell you that with 100 percent certainty," Massini told CNBC. "I know where all of these cars are today. And this is not one of the original GTOs."

Of course "replica" is a relative term when it comes to 250 GTOs. Other authentic classic Ferraris are sometimes rebodied to look like a GTO, but while they're not real GTOs, they are real Ferraris. We reported on such an "Evocazione" example (pictured above) based on a '65 Ferrari 330 GT a few years ago, around the same time that Matt Farah came across one based on a 365 GTB/4 Daytona alongside a Ford GT as well.

Even if it is based on a real classic Prancing Horse, though, it still wouldn't be worth $64 million - not even the $54 million it's listed at before taxes, which would still be more than anyone has ever paid for a GTO. And for all we know, this one could be based on an MG like Ferris Bueller's joyride... we're trying to track down more information, and as soon as we know, so will you.