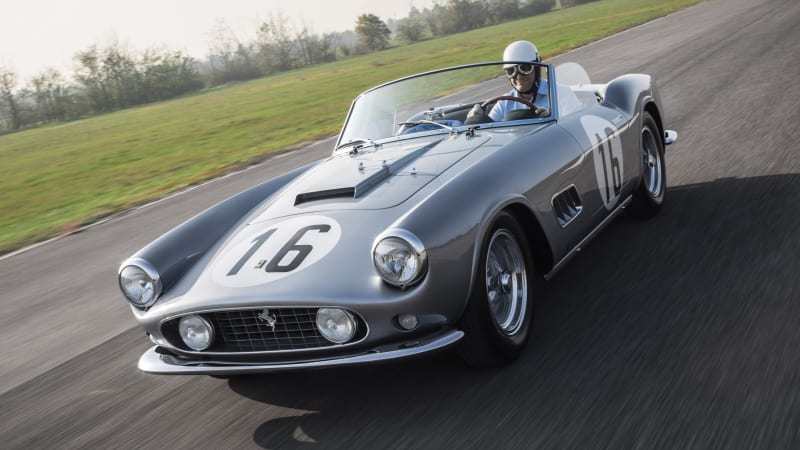 The Ferrari beat the high estimate of $17 million. 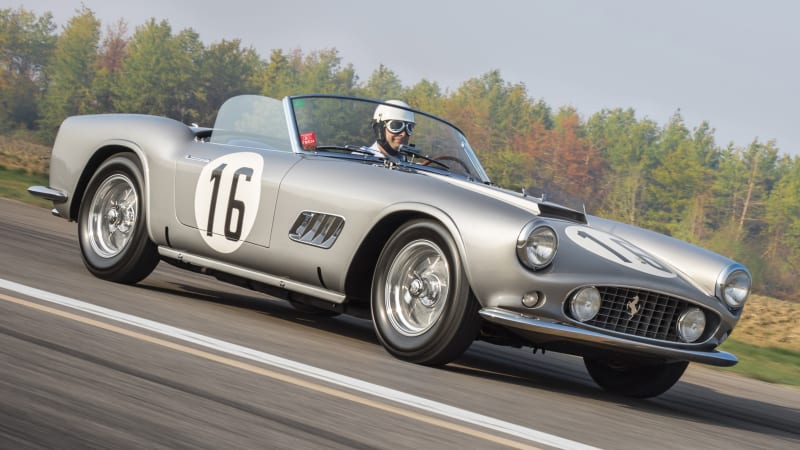 It's one of eight. 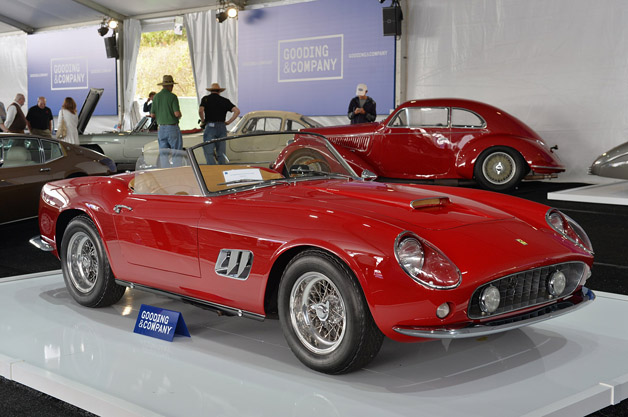 During the weekend's automotive smorgasbord in Pebble Beach, Ferrari has played a huge roll. Twenty examples of the ultra-rare 250 TR, better known as the Testa Rossa, were prominently on display at the Concours d'Elegance, and the Prancing Horses have been top sellers at many of the auctions. You can chalk up one more on that list with a 1961 Ferrari 250 GT SWB California Spider with a scarce, optional hardtop included going for $15.18 million at Gooding & Company's sale on Saturday night. Ferris Bueller would find it so choice.

In all, the auction house brought in about $60.4 million during the night, and 17 of the cars on the block sold for over $1 million. None of the other cars on Saturday managed quite the stratospheric highs of the California, though. A 1955 Aston Martin DB3S was the second-highest seller at $5.5 million. The next four top vehicles were all Ferraris with final prices ranging between $2.09 million and $2.365 million. Clearly, investors are in love with the Prancing Horse these days.

Check out our gallery, and scroll down to read the auction house's announcement of its top Saturday results.

The Ferrari 250 GT California Spyder may have been introduced to the mainstream by the classic 1986 John Hughes' film Ferris Bueller's Day Off (of course, that car was a replica), but the iconic convertible has long been one of the most desirable collector cars for those in the know. With a little over 100 built, California Spyders rarely come up for sale, and when they do, they bring big money. Back in 2008, a 1961 model set a record for a car sold at auction with a $10.9 million price tag.

Those wanting to add a 250 GT California Spyder to their collection (and have the means) will have a chance later this month in Monterey, with a 1962 SWB (Short Wheel Base) model crossing the block at RM Auctions' event. One of just 37 SWB cars with the more desirable enclosed headlight design, the car is finished in Rosso Corsa paint and has a tan leather interior. Under the hood is Ferrari's legendary 3.0-liter V12, the same powerplant in the 250 GTO. RM estimates the value of the car to be in the $7.5-9 million range.

Scroll down to read the official announcement from RM, and check back in a few weeks for our complete Monterey coverage including results from the auction.