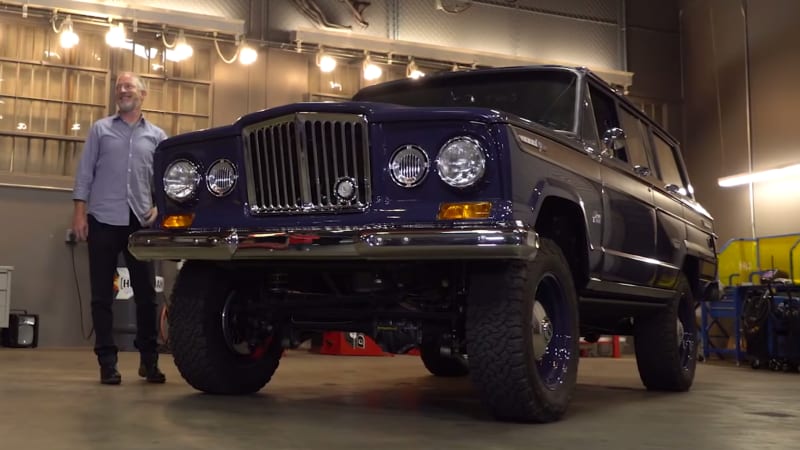 The man behind Icon shows off his shop's recent work.

Tour the Jeep Wagoneer Icon Reformer with its creator Jonathan Ward originally appeared on Autoblog on Wed, 23 May 2018 11:29:00 EDT. Please see our terms for use of feeds. 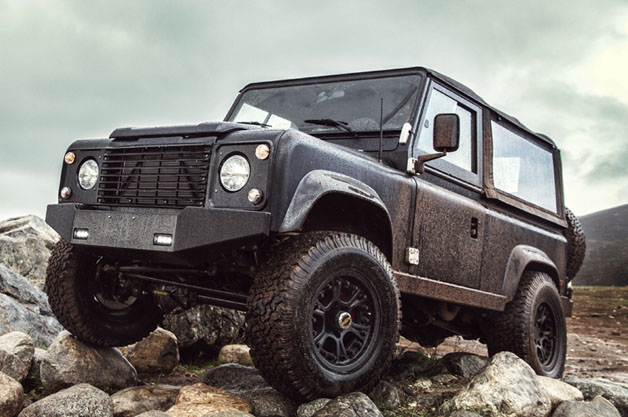 As far as resto-mods go, few turn the trick quite as well as the folks at Icon. We've seen the California outfit do its thing with everything from a Chevy Thriftmaster pickup and Ford Bronco to an electric bicycle and even an Ural Solo motorbike. For its latest project, Icon has worked over another one of the most legendary off-road vehicles of all time: the Land Rover Defender.

Built on commission for a discerning customer as part of Icon's Reformer line, the Icon D90 is based on a 1995 Land Rover Defender 90. But as with everything Icon does, this Land Rover has been extensively reworked.

For starters, the standard diesel engine has been replaced with a General Motors 6.2-liter LS3 small-block V8, modified to perfection by Icon's own mechanics. The aluminum block packs powdered-metal connecting rods, aluminum pistons, investment-cast rocker arms and custom cooling, intake and exhaust systems. It's all mated to a four-speed automatic transmission with a purpose-built CNC-machined Atlas II transfer case.

That more powerful engine has been mounted inside a media-blasted and powder-coated frame and, as Icon is wont to do, the rest of the vehicle has been fitted with some exquisitely overbuilt fixtures. We could go on and on, but we'll let company founder Jonathan Ward give you all the juicy details of the build in the video and spec sheet below while you check out the extensive high-resolution image gallery above. Suffice it to say that the finished product is every bit as stunning as you'd expect from Icon, and we're sure the customer - who has owned several Defenders before - was left suitably satisfied with the results.

Icon 4x4 has once again made a big splash at SEMA, this time with its heavily customized 1965 Dodge D200 Crew Cab pickup built as part of its Reformer Series - old machinery with modern underpinnings. We love it.

Powered by a 5.9-liter Cummins turbo-diesel inline six-cylinder engine pumping out 975 pound-feet of torque to all four wheels, courtesy of some tweaking from Banks Performance, we have a feeling there's not much that can stand in this brute's way.

Having a crapton of ground clearance certainly doesn't hurt, either, thanks in no small part to a 4.5-inch Baja 1000 Chase lift kit, Fox 3.0 reservoir shocks and 37-inch BFGoodrich all-terrain tires. The interior wasn't left out, with seats covered in free-range American Indian Reservation sourced bison leather, plus a JL Audio subwoofer and amp, 165 KRC series mid-range speakers and tweeters to pump, pump the jams.

Feel free to read more in the press release below, but not before checking out the high-res gallery of live images above.