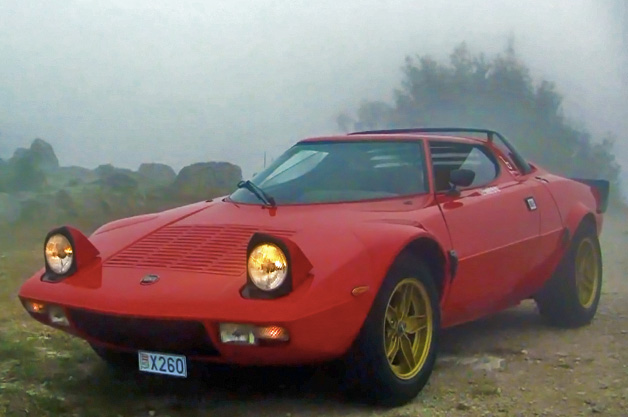 The Lancia Stratos might be one of the few cars of the '70s that looks as jaw-droppingly perfect today as the moment it went on sale. For a model that's around 40 years old, the Lancia still looks both mean and modern. Even better, this Italian rally legend can back up its razor-sharp styling too, thanks to its Ferrari V6 mounted behind driver.

Honestly, there might only be one problem with the Stratos. They are so rare that just getting to see one of them is special, and getting to witness them being driven in anger is especially infrequent - until now that is. This video showcases a Stratos in its natural habitat on sinewy European roads packed with hairpins. Through the route with a wall of rock on one side and a cliff on the other, the Lancia's raspy V6 sings a fantastically sweet song right into the driver's (and viewer's) ear.

Enjoy this video of a Stratos taking a driving from multiple angles and fall in love with this '70s rally heartthrob all over again.

Watch this to fall even harder in love with the Lancia Stratos originally appeared on Autoblog on Thu, 04 Sep 2014 14:58:00 EST. Please see our terms for use of feeds. 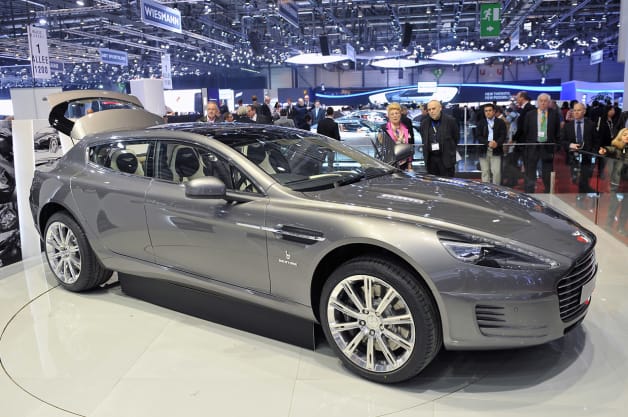 The famous Italian coachbuilder and designer Bertone may be on its deathbed. The company that penned the beautiful shape of the Lamborghini Miura has been facing financial hardships for months, and Autocar is reporting that the Turin, Italy firm has just declared bankruptcy.

The last we heard from Bertone, it was showing the Jet 2+2 station wagon based on an Aston Martin Rapide at the 2013 Geneva Motor Show. The Turin-based carrozzeria became famous for its wild designs like the BMW Spicup concept, Lancia Stratos and the initial shape of the Lamborghini Countach. In recent years, it had been limited to creating mostly one-off vehicles.

The company has slowly been shrinking recently. It sold its small factory to Fiat a few years go and let go of 165 employees and 10 interns in December. Bertone has been shopping itself in hopes of finding a new owner. According to PistonHeads, even with the money problems, the business generated 20-million euros ($27.9 million) in revenue in 2013 and has been working on projects in China. A Turkish firm was rumored to be interested in buying it for just $2.7 million, and GT Spirit claims that there are also seven Italian companies potentially interested in purchasing it.

Bertone has a long and proud automotive history, and it wouldn't be surprising if it were bought just for the value of the brand - perhaps we haven't seen the last of its stylized B logo.

Like a scene out of Forza Horizon, finding something like an ultra-rare 1972 Lancia Stratos is a dream. The Ferrari-engined, Bertone-bodied rally car is one of the automotive highlights of the 1970s, winning the World Rally Championship three straight times (1974, 1975 and 1976). And while there were some 492 road cars produced, none were formally exported to the United States. Which makes the appearance of this red, Stradale variant quite a find.

It's up for auction at Bonhams, which has a thorough rundown of this particular model. As we said, it's a Stradale (Italian for "street"), designed to fulfill FIA homologation requirements. It uses a detuned variant of the Stratos rally car's 2.4-liter Ferrari V6, with 192 horsepower routed through a five-speed manual transmission. The curb weight sits under 2,200 pounds, which Bonhams estimates will help with the car's claimed 0-60 time of around five seconds.

This car was originally sold in Germany, before being imported to the US late in 1982 by a British national. He took delivery in Albuquerque, and proceeded to drive from there to his home in San Francisco. It was then regularly used for commuting, which must have been a quite a sight. The Stratos was put into storage in 1998 with just over 31,000 miles on the clock, and hasn't been moved since.

Not surprisingly, the auction house gave this Lancia a thorough examination, and found a body that is in "very sound condition," while the car's mechanicals appear complete. It even has the California stamp that signifies it's been federalized.

Bonhams is strongly recommending that this Lancia's new owner give the car a complete, ground-up rebuild. And if you were hoping that might lower the price a bit, you'd be wrong - Bonhams is predicting this particular car will sell at auction for $250,000 to $300,000. It's lot number 189, and will cross the block on August 16, at Pebble Beach. We've no doubt it will find a buyer.

"Lancia Stratos." Say the words, and anyone with an enthusiast bone in their body will proceed to go googly-eyed and giddy at the hearing. The cars were built during the golden age of the World Rally Championship to do precisely one thing: win. In order to do that, Lancia had to build a handful of "street" cars to meet homologation rules at the time. Automotive history would never quite be the same.

Petrolicious recently spent some time with Phillip Toledano and his beautiful blue Stratos to find out what it's like to own a car expressly designed to kill you. Toledano uses phrases like "weapons grade," "invasive surgery," and "barking mad." We wouldn't expect anything less. As usual, the video is drop dead gorgeous, and watching the car bolt through the New York countryside is the stuff of day dreams. Duck below, press play and take a deep breath.

Petrolicious bags a Lancia Stratos and we weep with jealousy originally appeared on Autoblog on Wed, 03 Jul 2013 19:57:00 EST. Please see our terms for use of feeds.

Just because Ferrari nixed the New Stratos doesn't mean the existing high-performance wedge can't have a little fun on its own. This past March, the F430-based tribute to the rallying great led a littany of classics as the pace car for the Rally Isla Mallorca. The 2012 race marked the one-year anniversary of its debut at the event.

The vintage race consisted of 14 stages, totaling 280 miles, and the New Stratos led the way every time. The number zero affixed to the side marked the New Stratos as the pace vehicle, and signaled the impending classics fast approaching behind it.


The modern interpretation of the classic Italian racer was piloted by the Brose team, which consisted of Michael Stoschek and Dieter Hawkranke. Each evening, when racing ceased, the Stratos, as well as the vintage racing entrants, would take go on display in the yachting community of Portals Nous. However, those who ventured into the mountainous terrain on which the rally was held benefitted from seeing the New Stratos in action. You can see it in action, as well as the classic racers, by watching on the video below.