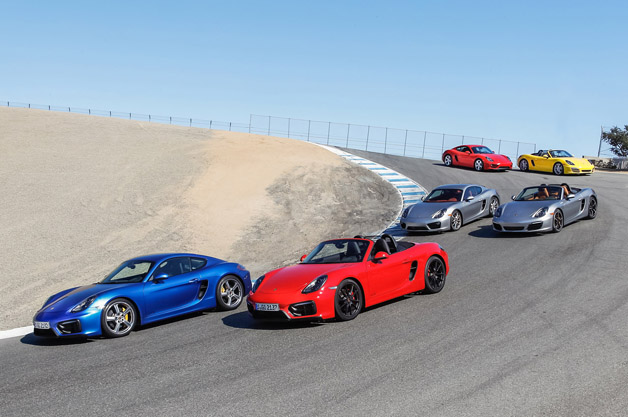 As an automaker's identity evolves over years, its signature becomes defined by any number of factors - heritage (Mercedes-Benz), image (Lamborghini), or market share (Toyota). In the case of Porsche, it was an engineering quirk that forged the German company's most enduring character trait.

Porsche would not have survived - let alone, thrived - in today's saturated landscape had it not been for the 911, and that slope-tailed sports car wouldn't have sprung to life without its predecessor, the 356. While phenomenal success of those rear-engine icons built the company, forays into the mid-engine configuration have played a significant part in establishing the brand's identity.


Ferry Porsche couldn't find the sports car of his dreams, so he decided to build it himself.

Dr. Ferdinand "Ferry" Porsche once famously said that he couldn't find the sports car of his dreams, so he decided to build it himself. The product of that desire (and the first car he created) was the 356/1, a mid-engine, two-seat roadster prototype that exploited the obvious benefits of having the motor in the middle - mass centralization, a lower polar moment of inertia and balanced weight distribution.

One could say that the mid-engine layout was in Ferry's blood. His father was company founder Dr. Ing. Ferdinand Porsche, who collaborated on the fearsome mid-engine V12 and V16-powered Auto Union racecars. But following the 356/1, Ferry soon realized that his dream car's impractical layout might hamper its commercial success. Taking real world realities like rear seats, interior volume, and storage capacity into consideration, he moved the engine behind the rear axle with the 356/2 Gmünd coupe in 1948, which was followed by nearly two decades of 356s that culminated in 1965. The bubble-shaped 356 established the Porsche mystique and laid the groundwork for the car that would become the brand's calling card.

The mid-engine Porsche backstory originally appeared on Autoblog on Thu, 09 Oct 2014 11:58:00 EST. Please see our terms for use of feeds. 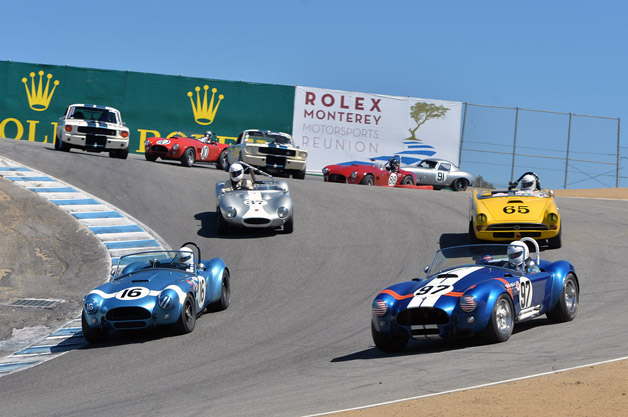 With about 550 classic racecars lapping Mazda Raceway Laguna Seca over the course of the weekend, the Monterey Motorsports Reunion might be one of the largest vintage racing events in the country, maybe even the world. It was certainly one of the highlights of the lavish Monterey festivities last weekend.

This year's featured marque was Maserati, which was celebrating its 100th anniversary, and plenty of trident logos could be found on track, ranging from the 250F grand prix car to some of the company's later sports cars. Of course, with 15 groups of classic racers, there was basically something for any motorsports fan. Among the highlights were the Trans-Am race that brought together rumbling hunks of American muscle to jostle for position on track. There was also a fantastic class from the '50s and '60s with Ferraris, Corvettes and even a Volvo P1800 and Toyota S800 racing together.

Watching these iconic racers back on track at full pace was just a revelation to see, smell and hear. There were too many fantastic cars to list them all, but feel free to check out Autoblog's huge gallery from Mazda Raceway Laguna Seca to see if you spot your favorite racecars of yesteryear.

2014 Monterey Motorsports Reunion is a symphony of classic racers originally appeared on Autoblog on Mon, 18 Aug 2014 14:00:00 EST. Please see our terms for use of feeds.

The Pebble Beach weekend is without a doubt one of the preeminent classic car gatherings on the calendar. But while most of the events that make up the weekend are essentially static displays, our favorite may be the Monterey Motorsports Reunion at Mazda Raceway Laguna Seca. That's where you can actually see classic racing cars doing what they were made for in the first place. And every year, organizers of the event select a featured marque.

Last year it was the Chevrolet Corvette. The year before it was Shelby, preceded by Jaguar the year before that. But next year, the classic racing event will feature Maserati, which will be celebrating its 100th anniversary. And to make the occasion extra special for the Modenese marque, next year also marks the 60th anniversary of the most celebrated racing cars ever made by Maserati (or any other constructor, for that matter): the Maserati 250F (No. 4 above) famously piloted by the likes of Fangio and Moss in 1954.

Fittingly, the Trident marque got its start in racing back in 1914 with the debut of the Tipo 26 that put Maserati on the map with a debut victory in the 1926 Targa Florio. Although you don't much see it competing at top levels these days, Maserati went on to win the Indianapolis 500, the Formula One World Championship and, more recently, the FIA GT1 World Championship.

Maserati to celebrate 100th anniversary at Monterey Motorsports Reunion originally appeared on Autoblog on Sun, 15 Dec 2013 11:00:00 EST. Please see our terms for use of feeds.

It's been 50 years since Carroll Shelby stitched together the first Cobra. In the intervening half-century, the little British car with a big American engine established itself as an icon of the automotive industry. To celebrate the car's golden anniversary, Shelby American and Ford assembled a collection of some of the most historically significant Cobra models in existence at Laguna Seca as part of this year's Monterey festivities.

In addition to CSX2000, the first Cobra built, visitors to the track have a chance to get within whiffing distance of cars like CSX2002. The little red roadster was the third Cobra to roll out of Shelby's workshop and served as the first factory Cobra race car. Peter Brock, Ken Miles and Dave MacDonald all had a stint behind the wheel, and the car functioned as a competition test mule that would help shape future Cobra models for years to come.

A total of 12 cars make up the collection, including the very first big-block car, CSX2196. Miles plopped a 427 into a 289 chassis for the very first time in an effort to best the Chevrolet Corvette Grand Sport racers competing with Shelby at the time. The trick worked, and Miles set a precedent for a long line of 427-powered snakes. Even with its big engine, CSX2196 is said to weigh in at just 1,800 lbs thanks to its light-weight "fliptop" body. Both the front and back-sections can flip up to reveal the chassis and suspension underneath. Check out the gallery for a full look at all the cars on hand. You may also take a look at the complete press release below.

Shelby Cobra honored with historic display at Monterey Motorsports Reunion originally appeared on Autoblog on Fri, 17 Aug 2012 16:29:00 EST. Please see our terms for use of feeds.