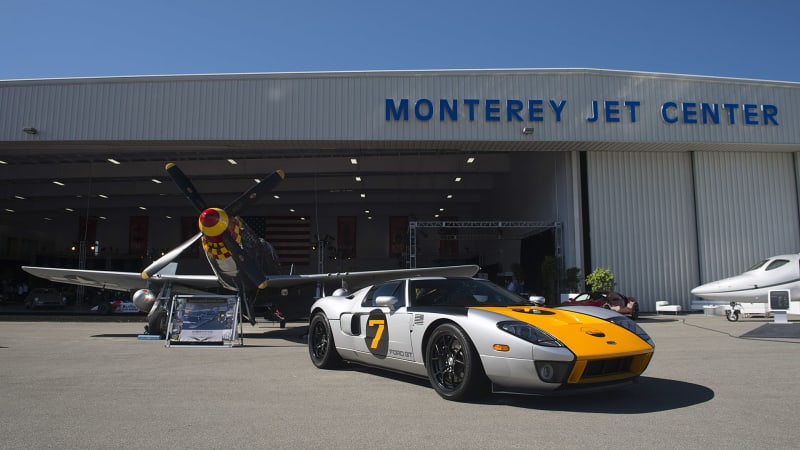 The 2015 Gordon McCall's Motorworks Revival launches Monterey Car Week in its usually splendid fashion. Among this year's assemblage of planes and high-end vehicles is an array of Ford GTs. Plus, companies like Singer and Shelby American staged introductions there. 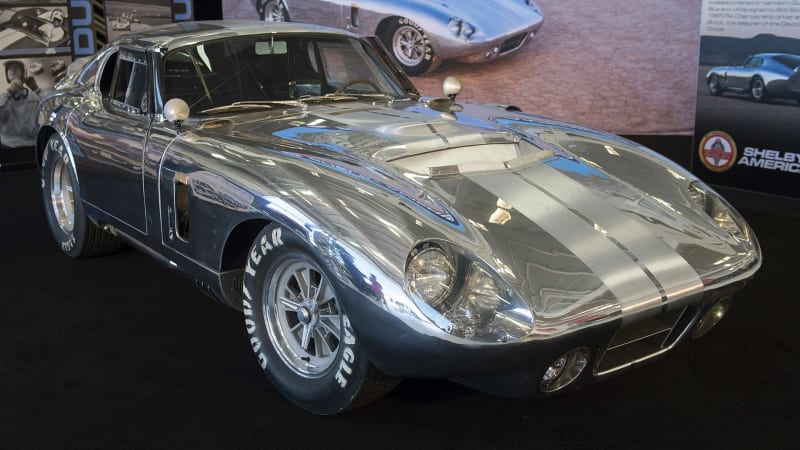 The week of automotive events on California's Monterey Peninsula doesn't truly begin until the McCall Motorworks Revival kicks off. Put on by Gordon McCall, who is also the co-founder of The Quail: A Motorsports Gathering, the Revival brings together celebrities, food, wine, and many, many, many vintage vehicles and aircraft, all in the name of charity.

Our troops were on hand for last night's event, which saw plenty of folks arrive at the Monterey Jet Center in private aircraft, while some of the world's finest automakers showed off their latest and greatest products. Aston Martin was heavily represented, while a Bugatti Veyron Super Sport, in Tuxedo Black and with French Racing Blue accents, captured the crowd's attention.

Meanwhile, the classic cars were numerous, with a Ferrari 275 GTB, a 1967 Ford GT40, Steve McQueen's old Jaguar XK-SS and more than a few Aston Martin DB5s. Photographer Drew Phillips was on hand to capture it all, so be sure to hop into our gallery for an inside look at McCall's Motorworks Revival.