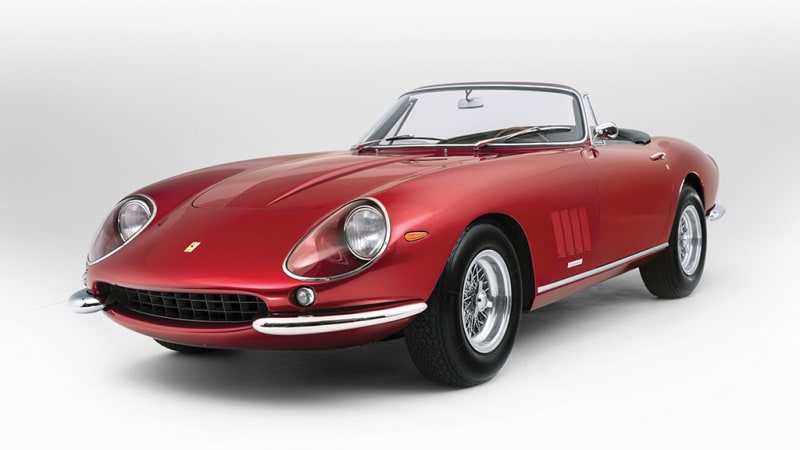 Steve McQueen had one, before crashing his. A similar NART Spider was auctioned at RM Auctions' Monterey event in 2013, for a staggering $27.5 million. 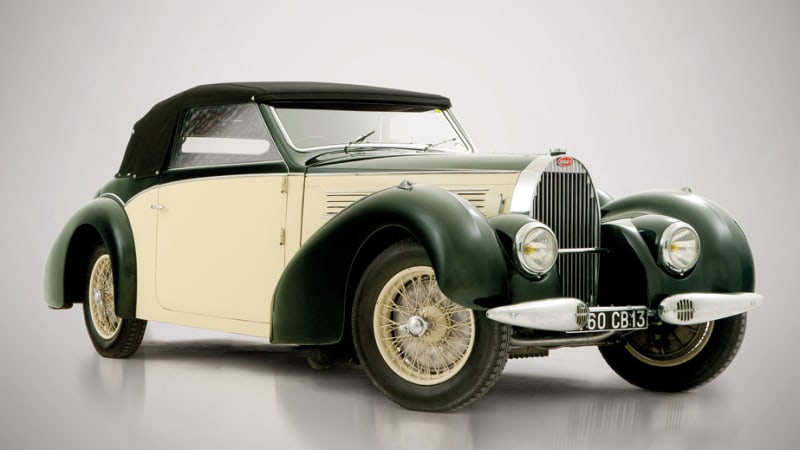 Continue reading Stunning European classics at auction with no reserve

Stunning European classics at auction with no reserve originally appeared on Autoblog on Sun, 17 Apr 2016 13:56:00 EDT. Please see our terms for use of feeds. 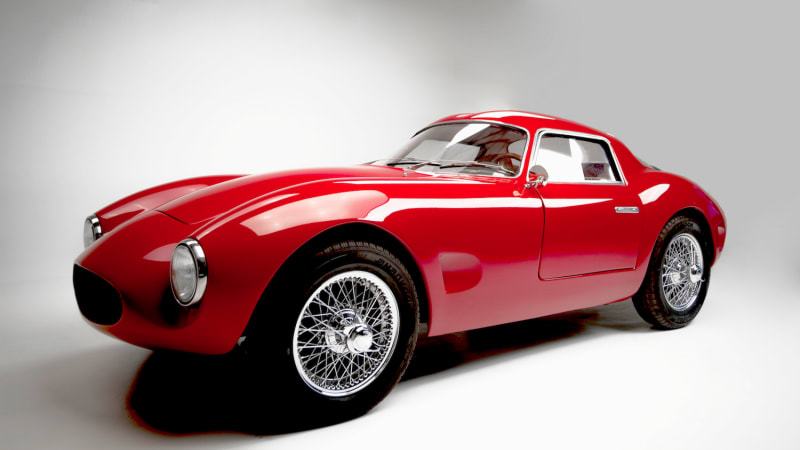 The Italian creation has been designed to look like a 1960s aluminum dream, even though it's completely new. 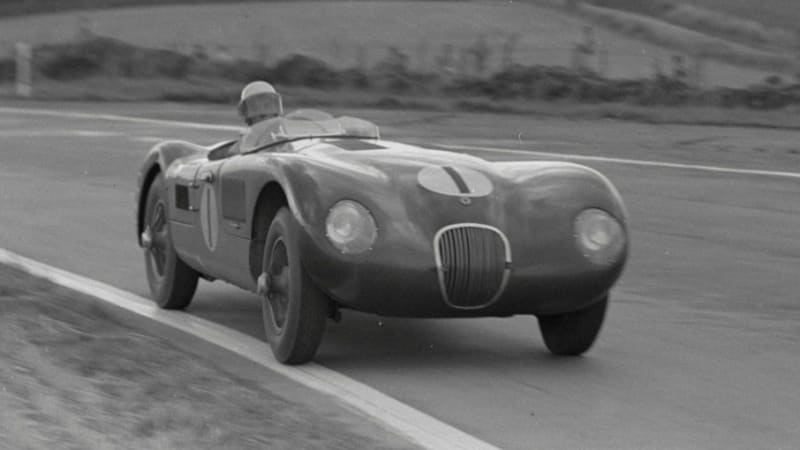 Bonhams will auction off a rare 1952 Jaguar C-Type at the Fairmont Monte Carlo during the Monaco Grand Prix Historique next May.

Bonhams will auction off a rare 1952 Jaguar C-Type at the Fairmont Monte Carlo during the Monaco Grand Prix Historique next May. 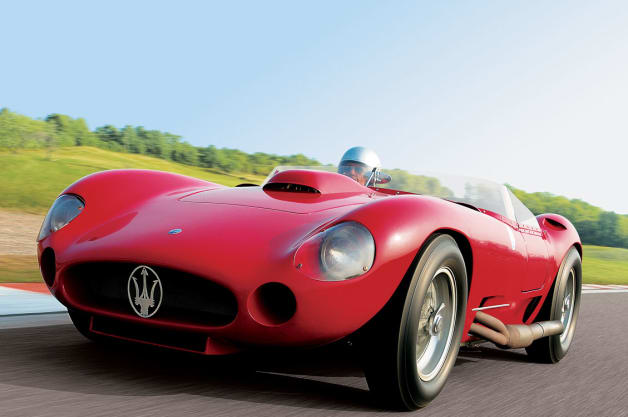 RM Auctions has some very special and expensive Italian sportscars of the 50s and 60s consigned for its auction in Monaco on May 10, but the one that currently carries the highest estimated value at between 4 and 5.5 million euros ($5.5 - $7.5 million) is a 1956 Maserati 450S with some very interesting provenance.

The Maserati started its life as a six-cylinder 350S that Stirling Moss drove in the 1956 Mille Miglia race. Unfortunately, the brakes failed, and it crashed into a tree and nearly into a ravine. Moss and his co-driver weren't injured, but the car was kaputt.

Maserati repaired it and used the chassis as a test mule for its new 5.7-liter V8 racecar called the 450S. It featured an extended wheelbase to fit the larger engine and a new body with a single seat. The racer hit the track again at the hands of Moss and Juan Manuel Fangio in the 1957 Buenos Aires 1000 KM but retired with transmission issues. Later that season, it crashed again at the 1957 Mille Miglia at the hands of driver Jean Behra. After that, the car sat around the workshop until it was sold without an engine in 1965.

After kicking around several owners, the 450S received a restoration in the 80s with a correct V8 engine being installed, and it made its grand reemergence in the 1987 Mille Miglia. According to RM, it has mostly sat on display in a climate-controlled environment since then.

The 450S is a rarity, with Maserati only building 11 of them, counting the prototype. While the test car proved temperamental on the track, the other cars won at Sebring and the Swedish Grand Prix in 1957. Scroll down to read the full history of the car, and be sure to check out the gallery for some great photos.

During last year's Monaco Formula One Grand Prix weekend, Renault introduced us to the Alpine A110-50. This year, it's another revival called Twin'Run - the follow up to the Twin'Z but not called TwinFun, as we previously thought - a smooth blue hatch to update all those yellowed memories of the Renault R5 Turbo and Clio V6. With the same footprint as the Twin'Z, this is the other side of the 'play' theme in Renault's six-stage exploration of the stages of life through concept cars.

The Twin'Z is admittedly a neat piece of work, but the Twin'Run one - and its murderous exhaust note - has our hot breath all over it. A steel, tubular chassis provides the structure. Within it, just ahead of the rear axle is a 3.5-liter V6 with 320 horsepower and 280 pound-feet of torque, shifted through a six-speed sequential transmission. To keep its city-car proportions stable on 18-inch wheels, the fuel tank, radiator and hydraulic system are in the front, under the hood, resulting in a 43/57 front-to-rear weight balance.

The bodywork is a mix of glass fiber and carbon fiber, the squarish headlamps and supplemental quad headlamps a nod to the R5 Turbo rally car and its light rack for nighttime stages. Inside is lots of black and red Alcantara, a gauge cluster wrapped in white lacquer and aluminum pedals whose setup is said to be motorsports tested.

The whole package weighs 2,090 pounds, and you can read all about it in the press release below. There's also a very French short film to go with it that you know involves lots of models clad in lots of leather, and those vintage forbearers.

Renault unveiling Twin'Run concept in Monaco [w/video] originally appeared on Autoblog on Fri, 24 May 2013 14:17:00 EST. Please see our terms for use of feeds.