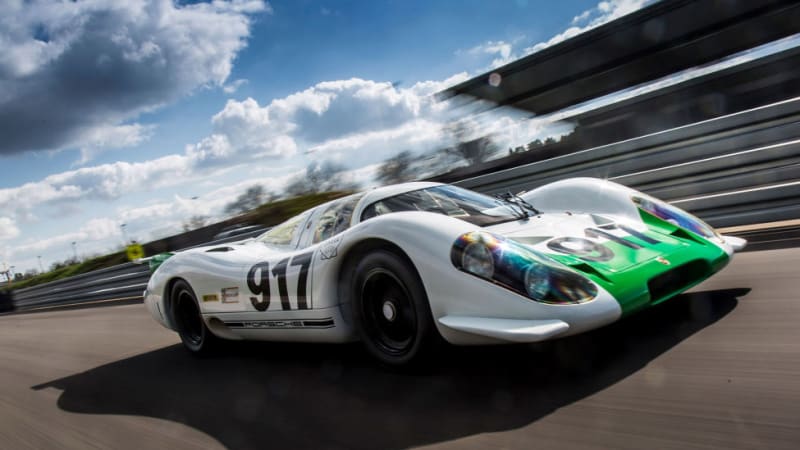 After numerous paint jobs, it was returned to its debut green-and-white spec. 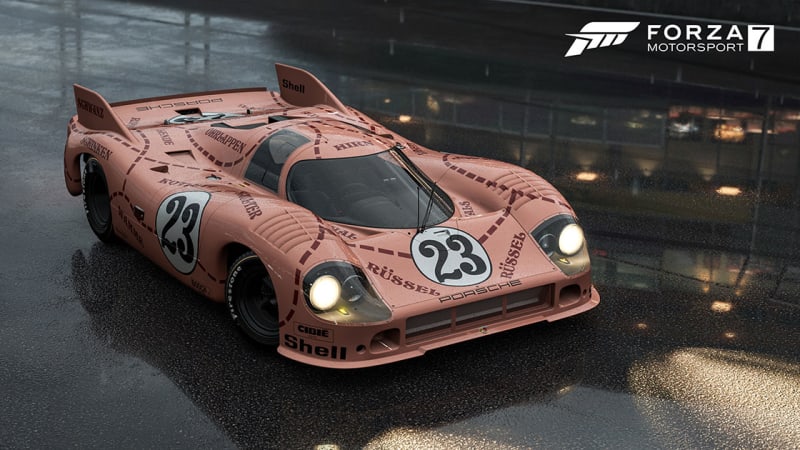 You can also enjoy some virtual time in a vintage Alfa Romeo. 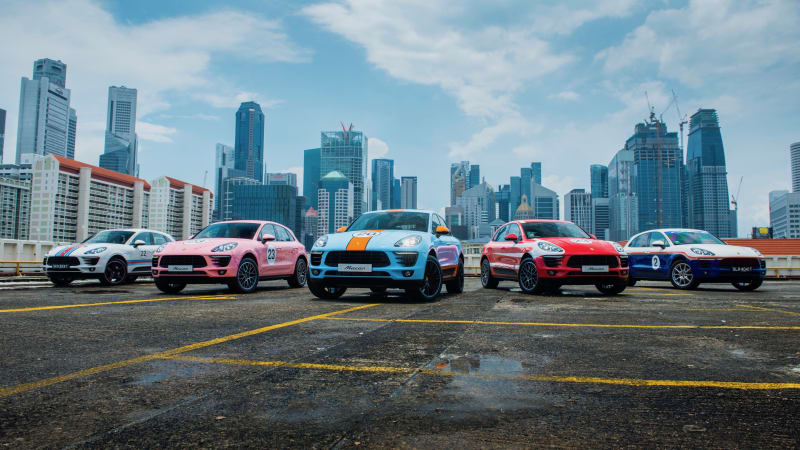 The cars were photographed in Singapore. 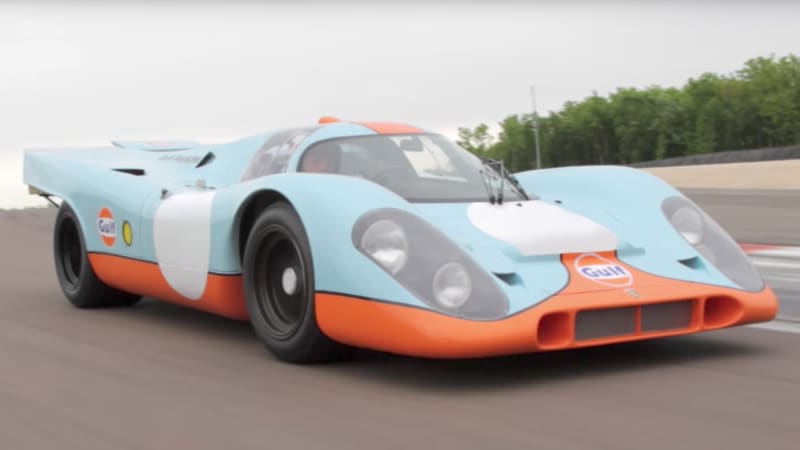 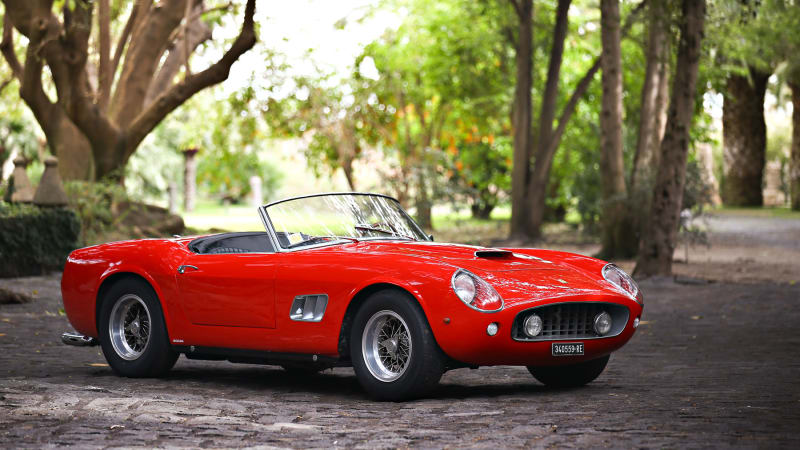 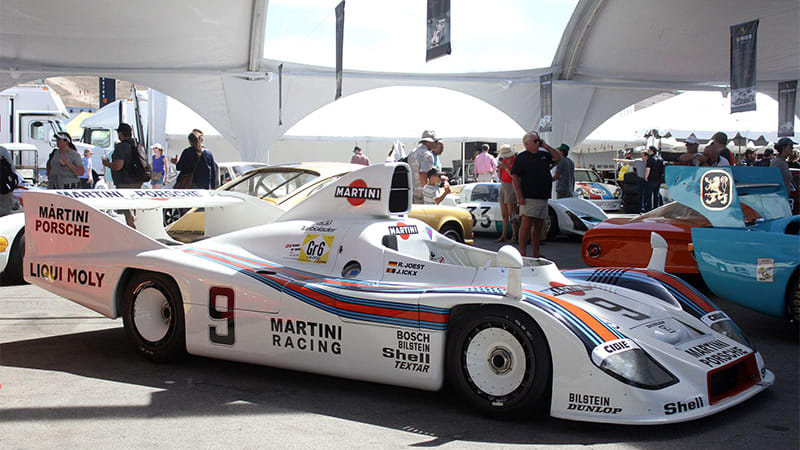 On the second day of Porsche Rennsport Reunion V Autoblog wanders the Chopard Heritage Display for closer looks at some of the racing cars that made the brand's reputation.

Wandering the Chopard Heritage Tent at Rennsport Reunion V originally appeared on Autoblog on Sun, 27 Sep 2015 17:05:00 EST. Please see our terms for use of feeds. 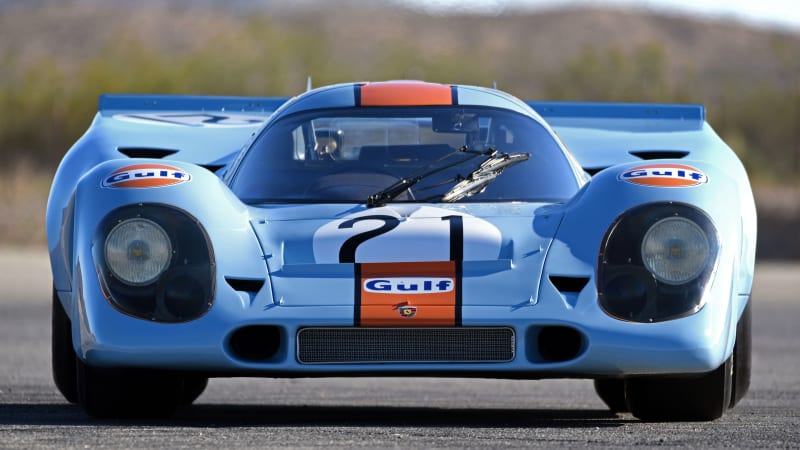 Porsche aims to support private owners of its classic racing cars with a new restoration and repair service, highlighted by this Spa-winning 917k that'll form part of the Rennsport Reunion at Laguna Seca this weekend. 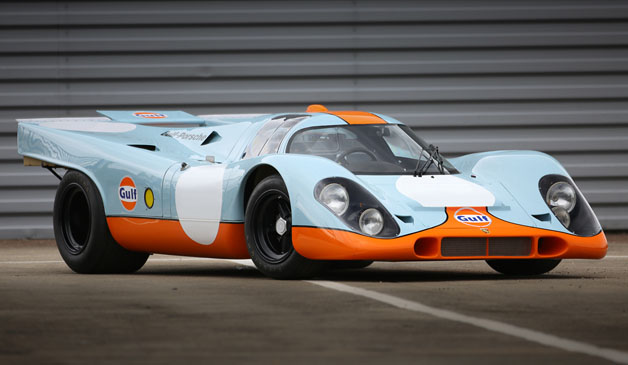 Steve McQueen may have been the headline actor of the motorsport cult classic film Le Mans, but we all know who the real star was. Or rather, what: the Porsche 917. More specifically, it was the Gulf-liveried #22 - not McQueen's #21 - that won the race, making it one of the most iconic cars ever to drive across the silver screen. And now it's going up for auction.

This 1969 Porsche 917K, chassis 917-024, has a storied history both on and off the screen, even if it didn't win any (off-screen) races of note. This example was the first 917 to be campaigned in an actual race when Porsche handed it to Jo Siffert to drive against the Ferrari 312P and Ford GT40 at the Spa-Francorchamps 1000 Km race in 1969. Siffert found the early example too unstable and ultimately drove an earlier 908 to the checkered flag, but after 917-024 set the fastest time at the following year's Le Mans test day, Siffert acquired it outright.

The Swiss racing driver loaned the car to Solar Productions for use in the film, after which it returned to Siffert's collection until he was killed in an F1 exposition race at Brands Hatch in 1971. In a testament to how much he loved the car, it was 917-024 that lead the funeral procession. The car subsequently fell off the radar until it resurfaced in 2001 as one of the greatest barn finds of the new millennium. Now fully restored and resplendent in its original baby blue and orange, 917-024 is headed to the auction block at Pebble Beach where you can be sure that Gooding & Company will bring in a suitably high price for arguably the most iconic example of one of the most iconic Porsches of all time.

Porsche has given us another look back at its successes at the 24 Hours of Le Mans. This time it's 1971, the year that its 917 set records that haven't all been eclipsed. It's 45-kilogram magnesium tube frame was the lightest, Jackie Oliver set the fastest in-race lap with a time that still stands, and winning drivers Helmut Marko - the same Helmut Marko currently with Infiniti Red Bull Racing - and Gilles Lethem did so many laps that their distance wasn't exceeded until the Audi R15 TDI did it in 2010.

1971 was also the year of the "Pink Pig." With bodywork created by a French aerodynamics firm, the wider, rounder 917 earned the porcine moniker so Porsche painted it pink and labeled it with the cuts you'd get from a pig. Sponsor Martini was so miffed they demanded all Martini branding be removed. No one can remove the thousands of photographs taken of the car ever since. Enjoy that and more in the video below.