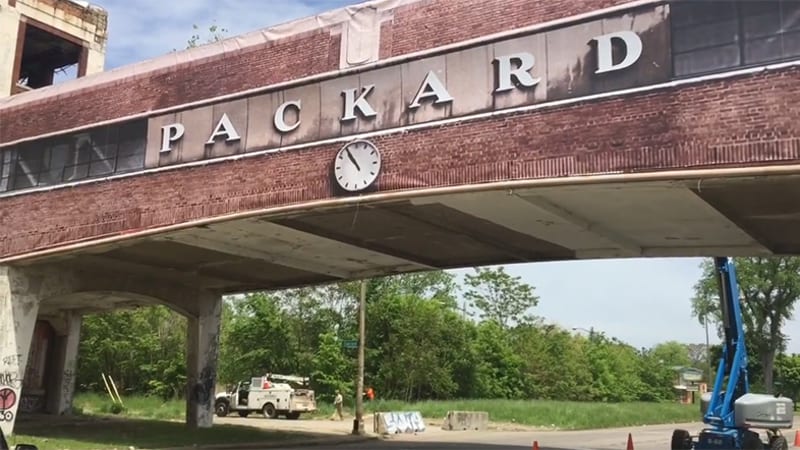 Fernando Palazeulo is restoring the 40-acre Packard Plant complex in Detroit, starting with the pedestrian bridge over East Grand Boulevard: he's had it draped in a covering that makes the bridge look like it did in 1930. 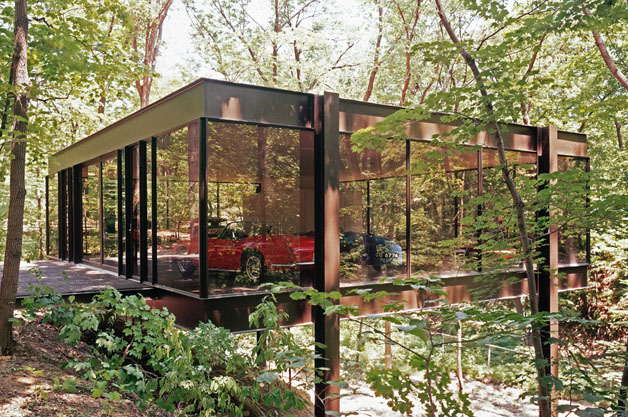 We don't typically report on real estate here at Autoblog, but what we have here is no ordinary building or plot of land. This Chicago-area house was immortalized in the 1986 classic Ferris Bueller's Day Off as the childhood home of Cameron Frye, Bueller's best friend, but more importantly, as home to the (fortunately replicated) Ferrari 250 GT California Spyder that played, as much as Matthew Broderick himself, a starring role in the film.

The modernist house was designed in 1953 by A. James Speyer, who studied under architectural legend Ludwig Mies van der Rohe (who incidentally designed the gas station in Montreal where we shot a 1961 Alfa Romeo Giulietta some six years ago). The glass pavilion that was used as the garage where that Ferrari was showcased in the movie was added in 1974, and was used in the mid-80s for filming the movie.

Fast forward to 2009 when the house and the accompanying pavilion were put on the market, listed at $2.3 million. But with no buyers, the price began to drop: first to $1.65 million in 2011, then to $1.5 million last summer and down again to $1.3 million later last year. Now five years on the market, the house has reportedly finally sold for $1.06 million - less than half its original asking price.

The problem in selling the property - located at 370 Beech Street in Highland Park, Illinois - apparently revolved around the separation of the two structures: house and garage. Here's hoping that whoever bought it will find as fitting a use for the glass pavilion as Cameron's dad did.

Cameron's house from Ferris Bueller finally sells for $1M originally appeared on Autoblog on Mon, 02 Jun 2014 10:15:00 EST. Please see our terms for use of feeds.