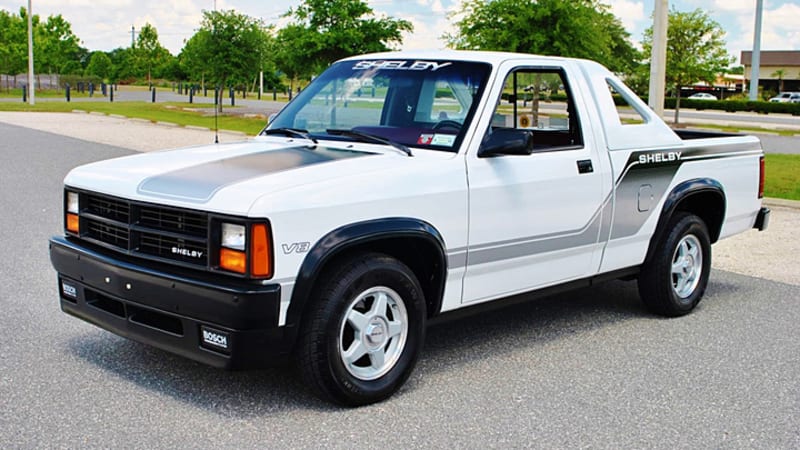 But by the 1980s, Shelby was plying his trade over at Chrysler churning out special editions like the Dodge Shelby Charger, zippy CSX, rorty GLHS, and this—the 1989 Shelby Dakota muscle truck. 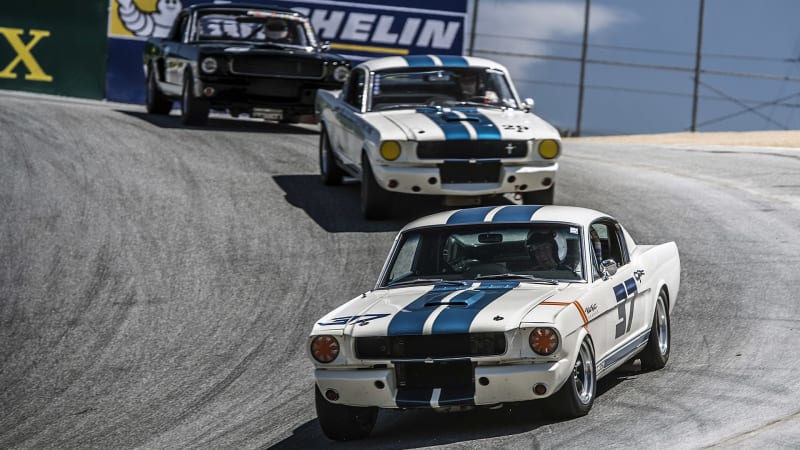 50 years after its debut, we take a look at the original Shelby GT350 at the Monterey Historics and Pebble Beach to see how it inspires the next hot Mustang.

Continue reading Autoblog Video: Looking back on the 1965 Shelby GT350

Carroll Shelby is undoubtedly the father of the Shelby Cobra, but Lynn Park might be the model's reigning king. He estimates he's owned 50 Cobras in his life and judging by his garage, he doesn't part with them too easily. For its latest video, XCar Films interviews this fascinating enthusiast with the nickname Mr. Cobra. 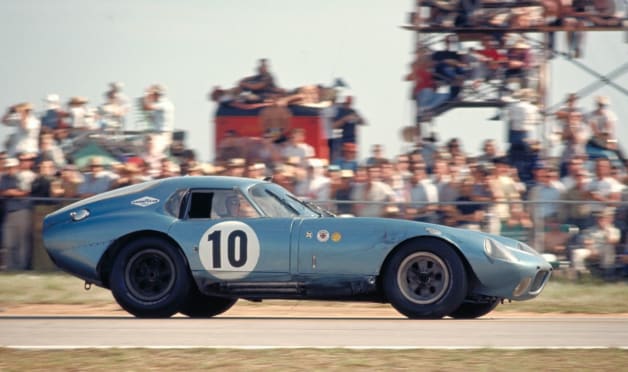 The Shelby Daytona Coupe was the first American car ever to win the FIA World Sportscar Championship, and it won back-to-back class victories in the 12 Hours of Sebring. As the car celebrates its 50th birthday this year, it has another honor to add to its list of accolades. The first vehicle to be placed on the National Historic Vehicle Register is 1964 Daytona Coupe serial number CSX2287, the prototype the rest of models were based on.

To be added to the list, an individual car must meet at least one of four criteria. It should be associated with an important American historic event, or it should be associated with important American historic figures. It should also have an exceptional value in its design or construction, or it should have exceptional informational value. The Daytona hits them all.

Carroll Shelby ticks the first two boxes easily. He was the consummate showman. He pitched himself as a hard working Texan who went to Europe to take on the best drivers in the world, and he famously wore his chicken farming overalls as he drove an Aston Martin to overall victory in the 1959 24 Hours of Le Mans. When his health got in the way, and he started building his own cars.

The car fills the other two requirements. Peter Brock, a talented racer in his own right who worked in Shelby's shop, took a bare Shelby Cobra chassis and formed an aluminum coupe body to lay over it. The most ingenious part was the cut-off Kamm-tail that improved aerodynamics while keeping weight down.

The Daytona Coupe never got to compete in its inaugural race in 1964 at Daytona because of a fire in the pits. However, it came back to take class victories in the 12 Hours of Sebring and 24 Hours of Le Mans. For the 1965 season, the team won the World Sportscar Championship. 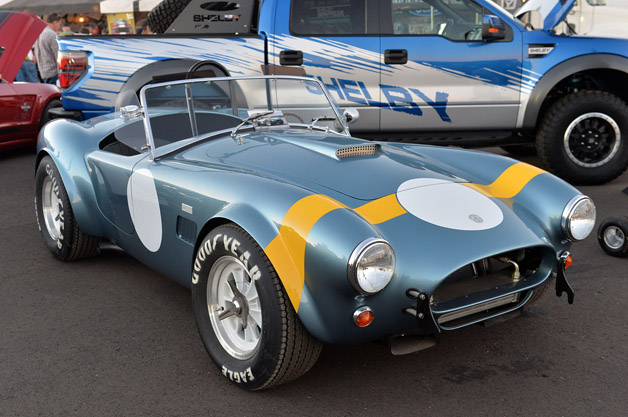 We finally caught up to the CSX7000 Shelby 289 FIA Cobra at Barrett-Jackson, the Continuation Cobra that will be limited to 50 examples, each starting at $94,995 as a fiberglass rolling chassis. It celebrates the 50-year birthday of the Shelby 289 FIA Cobra and some of its legendary drivers with names like Dan Gurney, Bob Bondurant and Phil Hill.

An aluminum or fiberglass body painted Viking Blue with FIA stripes just barely wraps itself over original-style pin-drive-hub wheels and Goodyear Eagle tires, cupping an all-black interior with a single roll hoop behind the driver.

The 2,100-pound weight is apparently for the aluminum-bodied car and that includes the weight of the small-block Ford engine the chassis is designed to take. But saving weight over the fiberglass version will also cost you more money, the metal body retailing for $159,995 as a rolling chassis. You can feast on the past and the present in the high-res gallery of photos above.

If you're well-off your interest might have been piqued a few weeks ago by Evanta's 1:1 scale model of the Le Mans-winning Aston Martin DBR1/2. The AirFix-like art work, 20.8 feet long, 11.3 feet high and weighing over half a ton, will be auctioned during the Goodwood Revival Weekend with pre-sale estimates as high as £30,000 ($46,929 U.S.).

If you're wealthy - like Goldman Sachs has you on speed dial, wealthy - you might be interested in the real thing and not the model. Talacrest, a British concern that focuses on classic Ferraris, is selling the genuine DBR1/2 on the open market and asking £20 million ($32M U.S.).

Valued by Talacrest as one of the top five cars in the world, receipt of the asking price would definitely put the DBR1/2 among the top five public sales in the world and make it the most valuable Aston Martin ever sold. And since this isn't an auction, you don't need to wait for the privilege; you can give Talacrest a call from the 24-karat gold throne in the office at the back of your bullion vault, at your leisure.

The Best Way To Remember Carroll

For the ultimate rush, drive a Shelby Cobra. It is about as close as one can get to climbing on top of an American V8, wrapping gloved fingers around red-hot exhaust manifolds and then holding on for dear life as it tries to buck you off.

We just spent an hour behind the wheel of a brand-new fiberglass-body Shelby Cobra 289 FIA. The CSX7000 is a faithful recreation of the legendary race cars that circled tracks around the world from 1962 through 1965. Under the hood of this particular Jet Black sports car with a bright yellow transverse stripe is a stroked Ford Racing Boss 302. With its side pipes cackling, the 347 cubic inch eight-cylinder generates more than 400 horsepower to motive a featherweight 2,200-pound chassis. "Overpowered" is an understatement.

There is only one original 1967 Shelby GT500 Convertible. Built as a prototype for Carroll Shelby himself, the machine rocked a potent dual-quad 428 under the hood, and, like all early Ford prototypes, was slated for destruction after a certain period of time. However, the car was stolen and missing long enough to upset the natural order of things. As such, the machine escaped the jaws of the crusher and lived on to find a home in a museum in Volo, Illinois. Not surprisingly, the convertible is worth a heavy stack of cash.

If you’d like to slide into a GT500 Convertible of your very own, you need not fret. Classic Recreations has worked up a version of the mythical Mustang. Available with either a fuel-injected 427 good for 545 horsepower or a supercharged variant with 780 ponies kicking to the rear wheels, the modern interpretation blends the sexy lines of the original with modern powertrain technology.

Power steering, modern suspension components and a Tremec five-speed manual gearbox are all standard hardware, as are the killer 17-inch wheels seen above. Each model comes with a power soft top, as well. Check out the full press release below for a little more information or head to the Classic Recreations site.